I’ve been working on redoing the old 4.5 scenes with these which will be 4.7. The old ones were made with Poser and these new ones are made with Daz Studio. Here is a comparison. It’s the same girl except the hair and global illumination is better. 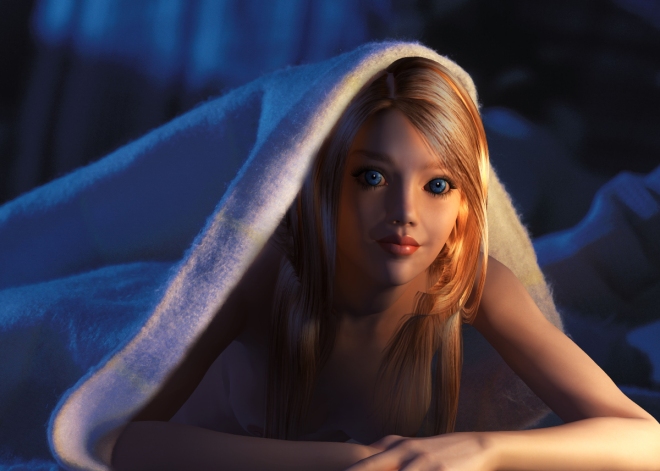 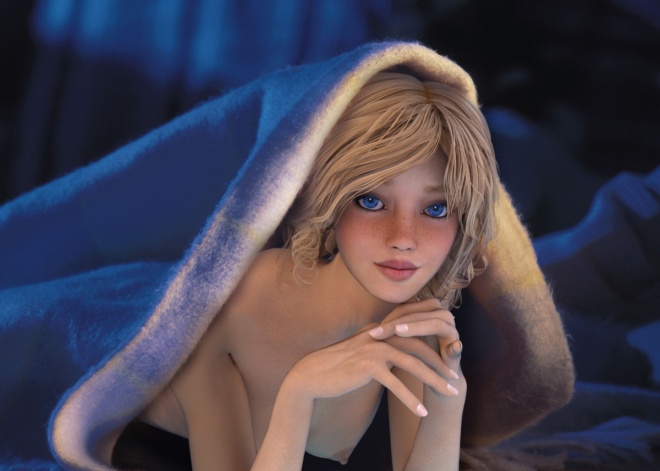 Well the new Scene Creator is finished. It can now create, load, and upload new scenes to the sharing site KarNShare. It took me longer than I expected because I had to duplicate the scene functions from Kari into the new load and test sections. Anyway, finally we have a Scene Creator that is more than a in-house tool and that everyone can use.

For this month I will be redoing the scenes for Kari using our classic girl but rendered in Daz Studio with iRay. At the same time I will be doing som Scene Creator tutorials including some of the more complex scene functions like trigger animations. That’s when Kari says something sexy and the scene animates. Also be going over smile and brow animations and “Misc” and “Full Screen” animation modes. All those goodies that make a Kari scene really pop including sound effects.

After this month’s work I will be returning to my NLG research hopefully.

The new Scene Creator will be labeled 4.7 when you install it. I will post it after the 10th of April fyi.

Thanks for reading and see you in the next update.